This is a place of comfort for everyone. I hope you enjoy my stories, and those of my friends. Let me know what you liked about them and what you didn't. You can also visit my website lavernethompson.com for more excerpts of my work. And all work on my blog is copyright protected. 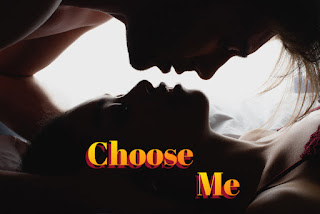 “What!” There was something about the way she said my name that had me blinking and trying to focus. A shudder traveled through my body. What the hell time is it? The connections in my brain were still a bit fuzzy, but I recognized the pitch of that voice. I’d heard it enough times. Something was wrong. “Christie?”

“I’m at the hospital, Vin. The baby…” Terror laced her tone.

“What? Isn’t it too early? Is something wrong?”

My heart pressed against my chest. “Okay, okay on my way.”

I glanced at the time on my phone. Since my head hit the pillow, I’ve had less than three hours of sleep. Rolling out of bed, I downed some aspirin I kept on the nightstand. Staggering to the bathroom I washed my face with cold water. It helped. My eyesight was no longer quite so blurry, and I could see my blood shot eyes from little sleep. But my mind was clear. I quickly tossed on some clean clothes then caught an Uber to the hospital, Christie had scheduled the delivery in. This woman prepared for everything, I hoped like hell that’s where she was. I pulled out my phone to shoot a group text to my best friends but stopped before pressing send. First, it was three fucking o’clock in the morning and secondly, I had no idea what the hell was going on, other than I could hear the panic in Christie’s voice.

At that hour, it only took about fifteen minutes for me to get to the hospital. Still, by the time I got there—it was the right hospital, thank fuck—they’d already taken Christie into surgery. I wasn’t family, just the father of the child we’d both agreed to put up for a private adoption. Which meant no one would tell me anything, other than to have a seat and wait for the doctor. Or the lawyer, for the couple adopting the baby. But I wasn’t sure if the hospital or Christie had notified the lawyer, or the couple, and I wasn’t going to remind anyone. At this point, I also didn’t give a rats ass.

I stood up. A pretty young woman in plain purple colored swabs stood in front of me. “Yes, how’s Christie and the baby?”

“Christie signed a form before they took her in, allowing us to talk to you as the father of the baby. The baby is in distress and the doctor is performing an emergency C-section as soon as he knows more he’ll come out to speak to you.”

“Thank you.” I plopped my ass back down onto the seat. It wasn’t until the nurse disappeared through the double doors I questioned what she’d said. Or rather the way she said it, know more about what? Shouldn’t it only be to tell me if it was a boy or a girl? Oh God! Did distress mean the baby might die? Was Christie going to be okay?

I ran my fingers through my shorthair as these thoughts played table tennis in my mind. I’d made a bit of an ass of myself earlier at the nurses’ station, demanding someone come out to tell me something. All I could do now was sit and wait for the doctor.

I sat there alone, my hands rested on my knees, head down, eyes staring at the floor, seeing nothing but my f’ing life rolling away from me. Tied to someone I didn’t even like—for life. One who would be the mother of my child, because some shitty piece of latex malfunctioned. Fuck of a malfunction. Still, I prayed if there was a supreme being or beings somewhere out there that Christie and the baby were going to be okay.

I took a deep breath. Single mother, single father, nothing single about it. There was an innocent life involved. A life apparently who wanted to make an early appearance. Way early. A preemie. My child would be a preemie. Labels—fucking labels. All my life I’ve dealt with them. But I refuse to be placed in anyone’s box. As long as Christie, and my child are okay, that’s all I cared about.

This shit should not be happening. I’ve got no tragic story to tell. No one beat me or bullied me as a child, nor did I live in squalor. I grew up in a ‘normal’ whatever that is, suburban home in Great Falls, the upper class section of Northern Virginia, went to a private school and could do two things well, three things really well.

I could fight, mixed martial arts, and had a knack for finance. I knew what would make money, and I made it, lots of it. The other thing I could do was fuck. I loved both men and women; I believed in equal opportunity. Okay, so maybe my parents didn’t know about the men part of my life, but really I didn’t flaunt it with them because I never took any relationship, male or female, seriously when I lived at home or even much after I moved out on my own. Still don’t. And I couldn’t bring myself to tell them they were going to have a grandchild they won’t watch grow up. Yeah, I’ve been procrastinating about that.

The only one I would have ever taken home, or given up anything and anyone else for, was Maze. My bestfriend. But that secret I’d take to my grave. Not because I think he’d kill me, he is more than capable, but no, he’s cool like that. He’d probably tell me to dream on and then offer me a beer. Of course his language would be more colorful. Dude loved to drop ‘F’ bombs, even more than I do.

When I met Maze years ago in Japan, he never knew, never suspected I felt that way about him. Oh, he’d always known I was bisexual, but not how I felt about him, and telling him now might weird him out. He’s married with his own child on the way. Besides, no need for him to know. I no longer feel that way about him. I got over it years ago, before we both came back to the States from Japan, where we both fought in the arenas. All that was a long time ago. We’d both changed. Although, while he’d settled down with the love of his life, I still searched for mine.

He and I have been best friends for years now, and I know that’s all we’d ever be. Besides, the first night I spent any real time around him and his wife Ivy, I knew for a fact it seriously was never going to happen. The man had been pussy whipped before I’d ever met him. He’d been in love with her since they were teens.

So I did what I always do and kept partying on. Looking for that one person who could ground me, like Ivy grounded Maze, and Kali did that for my other best friend, Dante. I want what two of my best friends have. I wanted my person. Someone to choose me. Who doesn’t?

This work contains violence, some objectionable and offensive language and content. 18+ 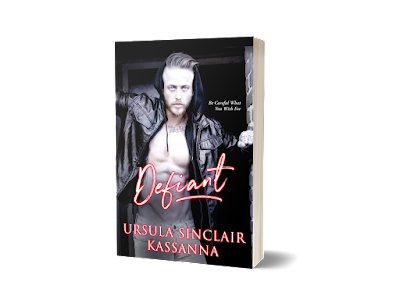 and now available for Pre-Order

Sea Child is the 4th and final book in the Children of the Waves Series. It took a bit but I hope it was worth the wait. Here's an excerpt for your reading pleasure. 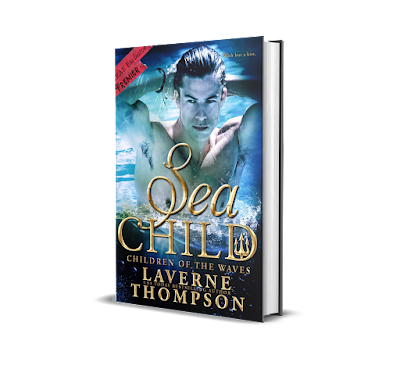 Prologue
“Help! Help!”
Cyrus heard the frantic cries while he was out on his boat. The call came from the direction of the shore, but he figured the person in need of help had to be in the water. He shaded his eyes from the sun’s midday glare and scanned the area between his boat and the water’s edge. He glimpsed a woman frantically pacing and pointing toward an area to the port side of where he was anchored. He couldn’t see anyone in obvious distress, but they could have gone under.
Not waiting a moment longer, he dove in anyway. He had much better than average vision underwater. In fact, he was half of the sea, he could survive in the ocean. His father was a freaking god no less. The head sea god himself, Poseidon, and his half brother Xavior, was now king of all the waters of the planet. Not much in the water could harm Cyrus, being the youngest of Poseidon’s offspring—that they knew of. But Poseidon was no longer around to ask, he’d vanished from the depths ages ago. It had been thought he’d gone to the nether depths to die but now, they knew at least a hundred years ago, he’d walked the land.
Cyrus noticed a few dolphins swimming in the area, while he couldn’t communicate with dolphins the way Xavior could he knew they were intelligent. More importantly, they knew what he was and by the way they chirped in his mind and swam around, they were trying to get his attention, and he’d damn well pay attention. Cyrus headed in the direction they seemed to want him to go. It would be no surprise that they knew exactly where the person had gone under.
He dove well over a hundred feet or so and finally spotted movement of a human. The long hair and slender body told him it was probably a young girl, and she appeared to be swimming in circles. Definitely, not the actions of a drowning victim in distress.  How the hell she managed to get this deep without equipment and function he didn’t know, but she was obviously buzzed, experiencing nitrogen narcosis. She probably didn’t even know which way was up. He came up behind her and she spun around, her eyes seemed to dance in amusement upon spying him and she smiled. Not at all the reactions of someone panicked or afraid as he’d expected.
Smiling back at her, he gestured up with his thumb. She shook her head, but he took her hand, swimming upward pulling her along. Thankfully, she didn’t struggle. As soon as they broke water, a lifeguard was there with a board to help him with her. They got her on the beach and she fell onto the sand. The woman who’d been crying for help raced toward them, as well as a few other people surrounded them.
Knowing she’d be all right, Cyrus thought it best to disappear. He tried not to bring too much attention to himself on land, not much in the sea either. He moved away from the crowd and the ambulance making its way toward the people on the beach. When he was far enough, he walked into the ocean and swam back to his boat.

If you missed one, you can also pick up the individual books in the series here!

If you are in Kindle Unlimited you can read the box set containing the first 3 books. Or right now until release of Sea Child, the box set is on sale for 99 cents.

Thank you! And please stay healthy and safe during these strange times in our lives!

No information collected from this blog is sold, reused or stored for any additional use. However, see the host providers privacy policy HERE!

LaVerne
LaVerne Thompson is the mother of two daughters, a former attorney, an avid reader and a writer of contemporary, fantasy, and sci/fi romances. She also writes romantic suspense and new adult under Ursula Sinclair. For more on her check out her website http://lavernethompson.com. Or sign up for her newsletter bit.ly/1hA7C9W